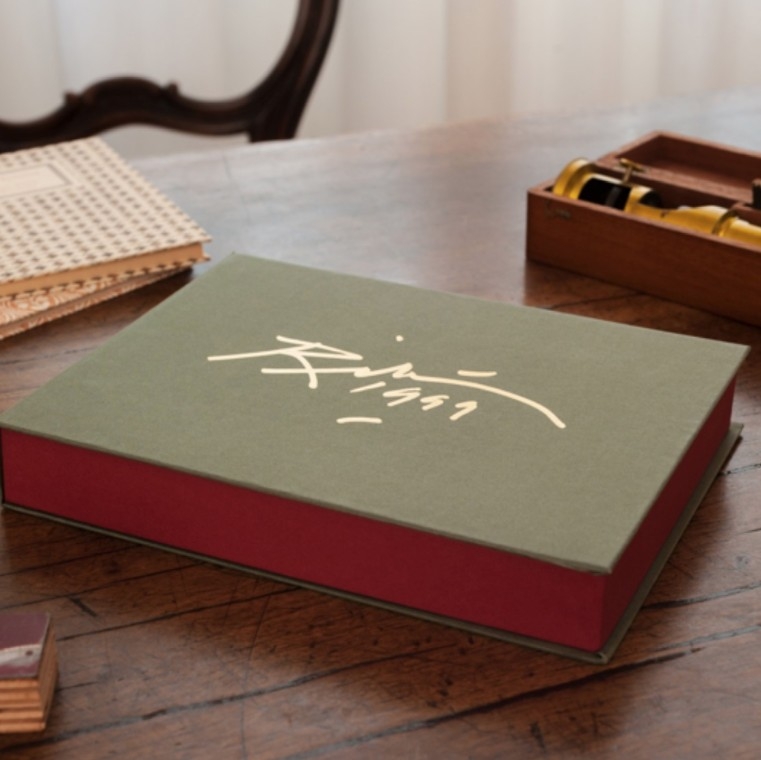 In collaboration with Harold Riley, our craftsmen created a soft leather-bound book that evokes the memory of the English artist’s sketchpad containing notes and comments on the 1999 UEFA European Championships.  The Manchester United vs. Barcelona match was visually reported play by play thanks to Riley’s drawings.  After the original was given as a gift to Sir Alex Ferguson, a decision was taken to produce 1999 copies, each one signed by the artist and Sir Alex. The book is part of the Manchester United archives.